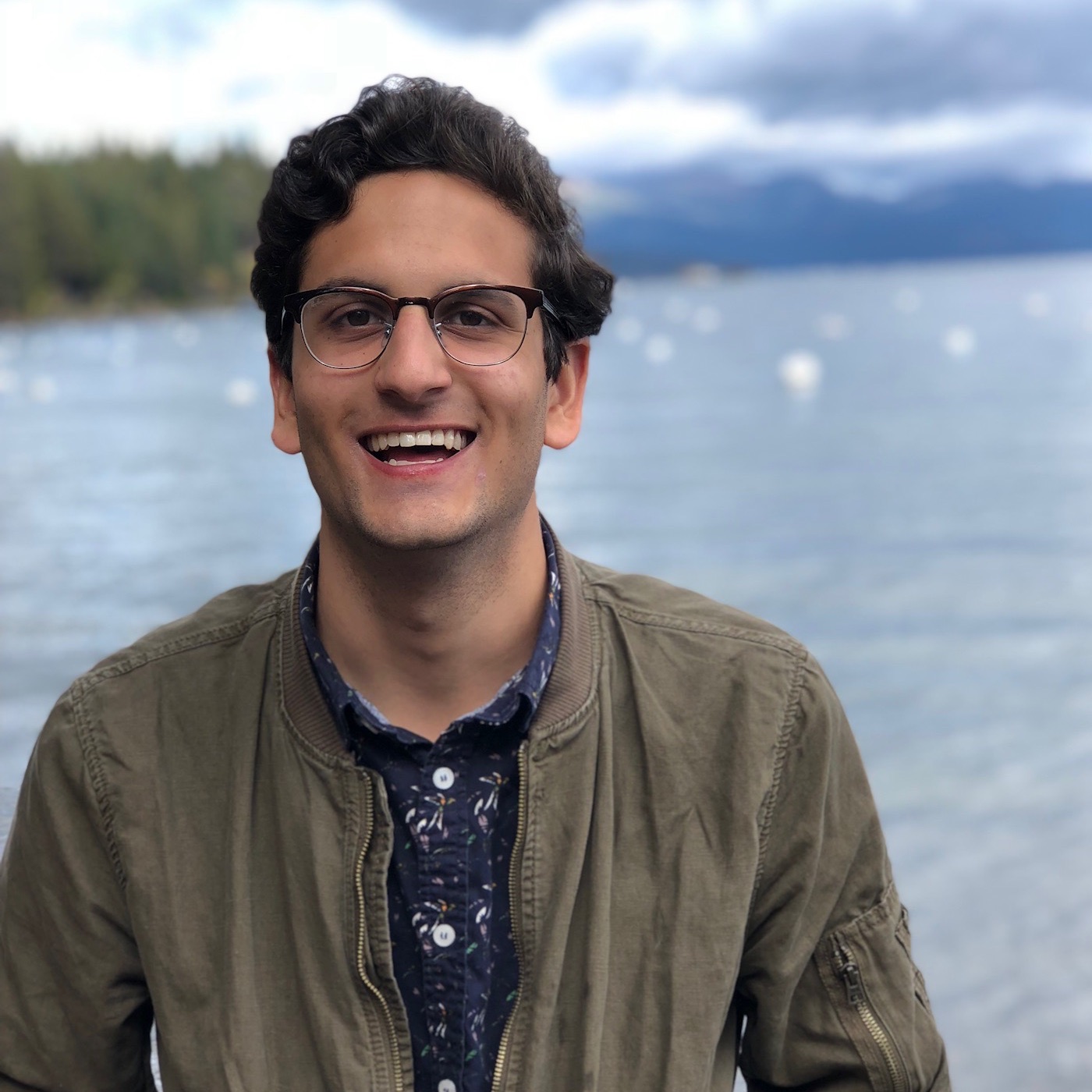 I recently graduated from the University of California, Berkeley (🐻 go bears! 🐻) with degrees in Economics & Computer Science. Now I work @Twitter as an Associate Product Manager (APM).

I love civic technology, protected bike lanes, and learning new things. I'm a font nerd, television fanatic, passionate NUMTOT, amateur dog spotter, and aspiring baker. I listen to Beyoncé, Mamma Mia, and Hamilton on repeat. And to answer your question: yes, Courtney is usually a girl's name (but my pronouns are he/him).

If you'd like something more formal, check out my resume.

I work on the notifications team as an Associate Product Manager (APM).

Alongside BART Director Janice Li, I co-organize a monthly SF meetup for queer folks who love public transit. If you want to sign up for email updates or provide feedback/suggestions, fill out our survey.

I worked on code.gov at the General Services Administration as a Coding it Forward Civic Digital Fellow. I focused on helping the code.gov team make data informed decisions by adding Google Analytics through the Digital Analytics Program, creating a new internal tool to track open source contributions to the team's repos on GitHub, performing qualitative research about the barriers to open source reuse in government, and conducting usability testing of an MVP I developed based on research outcomes.

I was appointed as one of four undergraduates on the board, representing 25,000+ undergraduates. The board oversees the non-profit management of dining options, the official Student Store, two campus buildings, an Art Studio, as well as campus Event Services. As chair, I oversaw the Student Union's transition from a major dining vendor to a group of smaller vendors, created systems for better board transparency and efficiency, managed the complex annual ~$10 million budget process, and navigated conflicts related to student government autonomy, space allocation, and changes to the campus organizational chart.

Berkeley Mobile is a mobile application that helps students access campus resources like bus schedules and dining hall menus. As product manager, I worked with an amazing team of engineers/designers to maintain & upgrade the app, which has 20,000+ downloads and ~2,000 average monthly users on iOS & Android. I implemented the first-ever user testing of the app to assess user needs, launched a complete redesign of the application, led the team through 3 agile sprints, and spearheaded an open source initiative. I wrote a (lengthy) Medium post about my experiences as PM. After serving as product manager, I led special projects that I wanted to work on as PM but never got a chance to, including continuous integration/deployment, A/B tests, and better defining/measuring our impact.

I mentored middle school students one-on-one in Python and Scratch.

I analyzed the vast amounts of data generated from the campaign's peer-to-peer texting operation in which they texted more than 1 million voters leading up to the election. I looked at support and response rates among different demographic groups (political party, age, county, and more) and created geojson maps to show relative support and response rates geographically. I also made recommendations to the campaign team for improving the search engine optimization (SEO) of eleniforca.com.

I wrote a spec for a new feature in Azure Active Directory. Working with the engineering team, we implemented an MVP and shipped it to 3 enterprise customers as a preview. I conducted contextual inquiries with customers and a heuristic evaluation of my mockups. I also proactively designed and implemented my team's first ever A/B test in the Azure portal.

I unified the branding materials and outreach strategies for 50+ suborganizations, managed a $30,000 grant to install a new livestream system for meetings, increased Facebook likes by 20%, and doubled newsletter subscriptions. I also completely redesigned the ASUC website and created a marketing campaign to celebrate the 130th anniversary of the organization with 130 unique posters describing the different accomplishments of the ASUC.

In addition to overseeing all press relations, I managed special projects including: the creation of the Berkeley Forum Podcast (1,300 downloads to date), the creation of Slack integrations to improve workflows, and the introduction of Facebook livestreams (33,000 views to date).

I worked on transition to new city website including indexing old pages, creating new ones, and developing content management strategies.

I worked on projects to increase student involvement in XQ’s mission, including prototyping a student activism toolkit and creating new engagement techniques for the XQ bus tour. I also spoke on a panel about student voice at the Clinton Global Initiative University (CGIU) as the youngest and only undergraduate speaker. I also moderated a panel at SXSW EDU entitled "Driving Student Voice in Educational Design".

I collected 2,500+ signatures from fellow CA high school students in favor of K-12 tenure reform. I held a joint press conference with State Superintendent candidate Marshall Tuck, gave a talk at TEDx Youth @ Conejo, and published 1 of 9 responses to TIME’s tenure cover story on TIME.com alongside Rep. George Miller and the presidents of the NEA and AFT.

I assisted staff members with constituent casework by acting as a liaison between constituents and federal agencies including HUD, VA, etc.

Quick note: All too often, especially at places like Berkeley, people highlight their successes and hide their failures. I believe this contributes to impostor syndrome and a toxic culture of one-upmanship. I personally have failed many times at many things. I hope by sharing some of my failures here, I can help change the perception about failure both for myself and others.

During my junior year, I attempted to start a Code for America brigade (volunteer chapter) on Berkeley's campus. I made a number of mistakes that set the club up for failure and caused me to decide to shut it down after the first year. The biggest mistakes I have identified are: (1) despite my best efforts, I often micromanaged other club members which is a tendency I know I am prone to and am working on correcting (2) I didn't do enough to create a shared vision amongst the leadership team about what we were doing and why before getting started on bigger projects (3) I was simultaneously the Product Manager of Berkeley Mobile and the Chair of the ASUC Student Union Board which, along with school and some other commitments, was already way too much to handle.

When I was Head of Special Projects for the Berkeley Forum, I worked on creating The Berkeley Forum Podcast. The podcast was meant to help us engage people outside of Berkeley as well as ensure that recordings of our events were shared faster (our video editing backlog was massive and contributed to long delays in video recordings being posted). At the time, there were some concerns among my peers that the podcast would cease to exist after the creator/engineer/maintainer of the podcast graduated. I made some (but not enough) efforts to ensure that he was teaching others how to maintain the podcast through trainings and documentation. Ultimately, my failure to push harder for better trainings/documentation did result in the podcast being discontinued shortly after I left the Berkeley Forum despite its promising download statistics.

My friend Isabel wanted an Alexa Skill to tell her when the next AC Transit bus was coming. I worked with my friend Francisco to build one for her using an AWS lambda function (Python), an AWS Dynamo database to persist data between sessions, and the Alexa Skills Kit.

I built a twitter bot that generates random coordinates that are exactly opposite on 🌎, also known as antipodes, and then uses the Google Maps API to tweet the names and photos of those locations. You can check out the results @AntipodeBot.

I built 4 integrations in Node.js/Google Scripts to improve and automate club workflows, including a purchase request notifier, a social calendar event creator, and a weekly social event reminder.

I built an Angular.js web app to simplify determining eligibility for government programs like CalFresh, MediCal, etc. as a part of a semester-long, partner project in Computer Science 194 (Computing for Social Good). This project was inspired by my experience as an advocate (caseworker) for Health Leads helping patients at the West County Health Center connect to government and community resources.

As a part of Computer Science 160 (User Interface Design and Development), I worked with a team to prototype, design, test, and create an Android application for choreographers called Formation. The app allows choreographers to plan their dances, share blocking formations with dancers, and give feedback based on recordings of practices. You can see our final project video here.

As a part of Computer Science 198 (Introduction to React), I worked with a team to create an MVP of a React web app that shows information about the current location of AC Transit buses near UC Berkeley's campus.

As a part of Computer Science 198 (Introduction to Ruby on Rails), I worked with a team to create an MVP of a Ruby on Rails web app that helps connect potential workout buddies.

I presented about some of my contributions to code.gov at the General Services Administration as a Coding it Forward Civic Digital Fellow alongside my former manager. I also wrote a Twitter thread about my hesitance to present at the conference given GitHub's contract with ICE. Check out our slides.

I spoke on a panel for Government Matters with other Civic Digital Fellows and the Executive Director of Coding It Forward about my experience working on code.gov

I helped organize a "Fellowship Firesides" event where Civic Digital Fellows could share their passions. I decided to talk about bi/pansexual representation in the media. Check out my slides.

I gave a guest lecture on data driven decision making and hypothesis testing. Check out my slides.

I moderated the only student-run panel at the conference about student voice in education and XQ: The Super School Project.

The source code for this website is on GitHub.